How To Select The Best Processor For Your Server 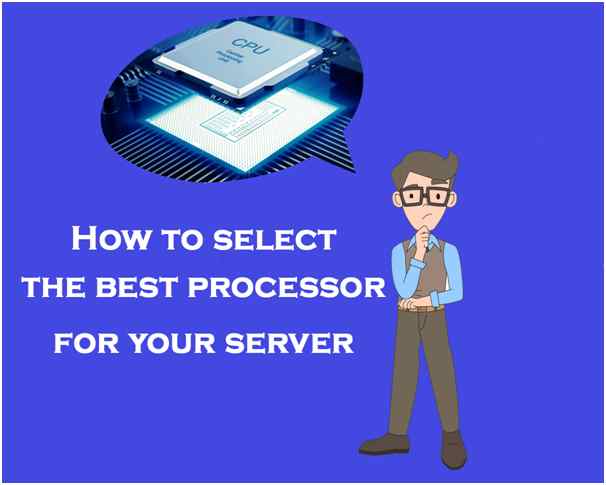 What is a processor? The central processing unit is known as the brain of the server. Whether you are customizing a new server or upgrading the old one, you should be aware of the amount of power and performance the server is able to deliver. If the processor is built with increased core counts and clock speed, it makes a huge difference in the overall performance and responsiveness as compared with the processor that has a lower clock speed and core count. As chipset controls the entire interface of a server, you should first check the type of chipset you are getting with the server and the different processors that are compatible with the chipset. The type of processor and chipset together helps to decide the speed of your server, the operation speed of each bus, the amount of memory you can use and which applications can run fluently.

What processor factors you should look for

while buying a server? 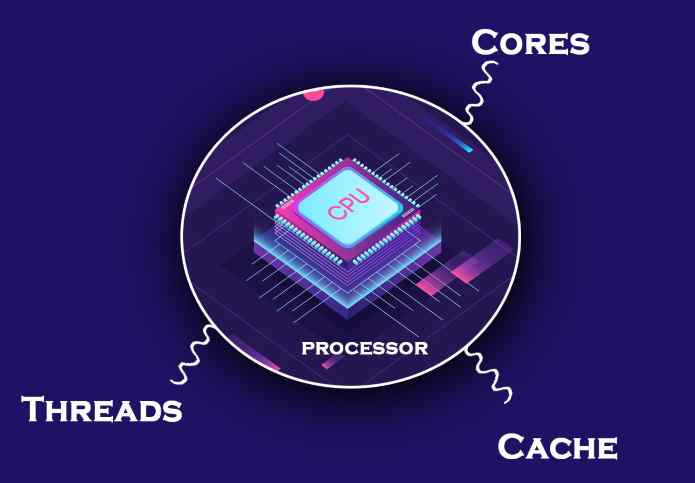 The main processor factors you should consider the most while buying a server are:

Clock Speed: Clock speed is measured in gigahertz (GHz). The higher the number, the faster the clock speed. To run applications, the processor of your server should be able to complete the calculations continuously. The higher the clock speed, the faster the processor will calculate and that too very smoothly. The clock speed along with the bit width conveys us that in a single second how much data can flow. If a processor has a speed of 2.92 GHz and the bit width of 32 bits, then it means that it can process almost 3 billion units of 32 bits of data per second. This means even if you are running heavy applications with such a faster clock speed you will get good responsiveness. If your application is using a single core, at that time Clock speed is the king.

If you had computers in the early 2000s, then you might remember that when one program froze the entire system used to freeze as well. This was not only the problem with the operating systems but the processor as well. With a processor having one core means, you can run only one application at a time. Obviously, with multiple cores, you can process multiple applications at a time, as it divides the work into multiple units. If by chance, one of the core freezes because of a running application, you still can continue your work with other cores while you figure out the issue. Or to free up the core, you can close the running application.

It is the number of processors a chip can handle at once. Threads are similar to the number of cores. Sometimes going through the spec-sheet, we come across words like “Processor has multithreading capability,” it means it allows a single core to create dual threads.

A cache is used by the processor to speed up the access to instructions and data between the processor and the RAM. There are three types of cache you will come across while looking at the specification sheet:

You shouldn’t pay much attention to the cache part, as we cannot say how it equates to the real-world performance. The most important aspect is the clock speed and core you should concentrate on while buying a server.

If possible, always opt for higher cores and higher clock speed, but this is not feasible for everyone as it goes above the budget. So, let’s see which specification suits better for your application.

Processor outputs are defined depending upon the different business application requirements that are:

Both the companies (AMD and Intel) now offer several lines of processors that differ in:

Whether you are upgrading or buying a new server, the type of processor you choose maters a lot. So finally, you should first come to a conclusion about what you are going to do with your server before buying a processor for it and the look after your budget. There are many online retail stores like Cyberwala, Server Basket and many more, who can provide you with the complete list of the compatible processors of different brands for your application. You can also visit the brands like Dell, HP, IBM, and others to know the detailed description of which processor of the respective brand would be able to fulfill your business needs.